Our people make the difference, do you share our vision of a future of spatial digital interactions based on touch? Then join our team. 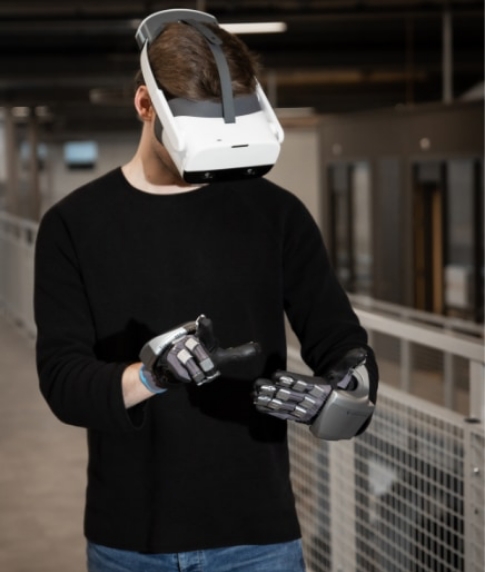 In this project, you will develop a system to detect so called “dynamic gestures” using the SenseGlove’s on board finger tracking. A Neural Network has been developed to detect static poses of the hand, such as a “thumbs-up” or “pointing” gesture, but none yet that can detect gestures that incorporate movement; such as Microsoft HoloLens’s “Bloom” gesture, which opens a home menu.

SenseGlove aims to use this algorithm to enhance VR simulations (such as Teleporting or opening menus) and to allow 3rd party developers to detect their own custom gestures.

What SenseGlove has to offer

Achieve your research goals with SenseGlove. Our extensive plug-and-play Software Development Kit (SDK) for the Unity Engine allows the creation of haptic interactions in VR with little to no coding. For more in-depth research like telerobotics, SenseGlove offers a native C++ SDK that provides the ultimate freedom in data collection. Coupled with per-phalange/26 DoF tracking, our hardware and software give you an unmatched research experience. 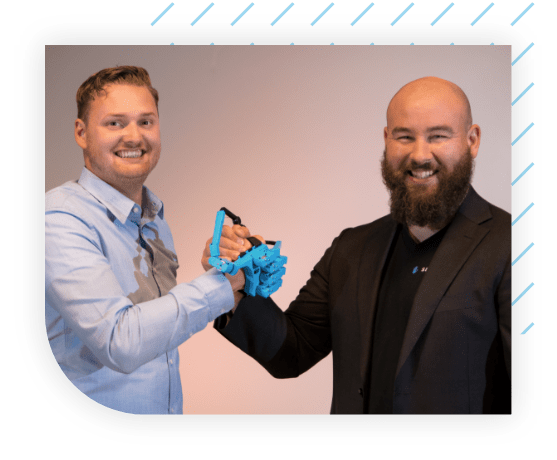 Tell us what makes you special and why we should hire you and we’ll let you know if we’re interested in an introductory meeting.

We use cookies to ensure that we give you the best experience on our website. If you continue to use this site we will assume that you are happy with it.AcceptRejectCookie Policy