5 Affordable VR Wearables To Make Your Research Stand Out

Groundbreaking innovation is born through research, and virtual reality (VR) has proven to be one of the most promising tools for modern scientists. VR has made it easier to conduct exciting experiments and interact with data. From visualization to audio and haptics, XR tools grant researchers a new perspective. Research organizations are not the only institutions that conduct VR experiments, it is also universities, innovation labs, corporations and SMBs.

VR as a tool has created more tools and add-ons to get the most out of spatial computing research. There are more than 5 wearables that you can use for research experiments, especially if budget is not an issue (which is entirely possible if you live in a virtual world). However, that’s rarely the case nowadays, so we made this list with prices in mind (the price range is from €49 euro to €4000).

With haptic gloves researchers can streamline studies about the way people interact with objects and environments in VR. Collecting psychological and physiological data is just one of the possibilities they enable.

Fraunhofer Institute for Mechatronic Systems Design together with Hella Headlights used VR haptic gloves to evaluate and improve the assembly processes. Fraunhofer used a combination of a paper mock-up of an assembly cell, an AR headset and haptic force-feedback SenseGlove. “The SenseGlove’s interaction technology allows the user to grab components and guide them to where they are to be assembled,” says Florian Dyck, a researcher at Fraunhofer IEM.

Thanks to the force feedback features, Hella was able to streamline their manufacturing processes in the early product development stage.

This study by Fraunhofer IEM has shown that participants valued the added realism of haptic and force feedback compared to a version of the simulation with traditional controllers. Florian added: “The evaluation of the new system confirmed that the addition of force-feedback enables a more realistic simulation of the assembly processes and a more intuitive operation of the system.”

“The evaluation of the new system confirmed that the addition of force-feedback enables a more realistic simulation of the assembly processes and a more intuitive operation of the system.”

From psychology and neuroscience to clinical research and development, the applications of eye-tracking are countless. You are most probably aware of Vive Pro Eye which retails for $799 (headset only). The price might be a barrier for integrating eye tracking features for research purposes, but luckily, there are alternative solutions. Chinese company 7invensun previously announced an add-on that will enable existing HTC Vive headsets to have eye-tracking. For a price of just $149, it’s a way for researchers to get a deeper insight into human behaviour in VR.

Eye-tracking combined with VR may be a useful tool to investigate people’s behaviour in any environment and within any scenario.

For example, researchers from the Osnabrück University have experimented with understanding navigational behaviour in VR. Having designed a virtual city for test subjects to explore for 30 minutes, scientists monitored their exploration patterns and studied the points of interest they paid attention to in the virtual city.

However, there are also ways to calculate gaze points with standard HMDs.

Yan Feng, a PhD researcher from the Delft University of Technology, has created a simulation to explore how VR may help explain the behaviour of pedestrians. She built an exact replica of a TU Delft faculty building and invited 150 people to navigate it and go through the evacuation process. Yan was fascinated with the way pedestrians got from A to B and managed to gather information about what pedestrians were relying on.

“The HMD I used only had a head-tracking function, but by combining the head movements and head rotations we can calculate the gaze points,” said Feng. It helps us to understand what information attracts people’s attention during normal wayfinding tasks and evacuations. This research brought lots of insights about what motivates people’s choices along the way.”

Yan Feng, a PhD researcher from the Delft University of Technology,

3. VR EEG tools to get into people’s minds

Electroencephalogram (EEG) has been a widely used tool for decades, allowing researchers to know more about how people think — more so than people themselves. This method detects changes in the electrical currents of brain waves and allows them to indicate when the test subject is most excited.

As more and more research is moving into VR, new tools are being created to address VR researchers’ needs. Looxid Labs created a product to connect people’s minds to VR. It looks just like a fancy EEG mask that picks up EEG signals, allowing you to take advantage of the commands in the API and apply EEG signals to the VR environment. “By integrating commands that use EEG signals, you can connect users’ minds to VR using the HTC Vive or Vive Pro and have experiences that are beyond the contemporary means of interfaces,” the company states in their media kit.

It provides such features as visualizing data in VR, interacting through neurogaming in VR and providing analytics like immersive biofeedback visualization.

VR trackers can be used to achieve full body tracking in a wide variety of VR applications. Instead of analyzing just a floating head and hands, researchers can gain a deeper perspective on a person’s movements and reactions. HTC Vive trackers are among the most common of solutions: they are usually attached to hands, but may also be attached to track the motion of head, body, and feet. You can find a trackbelt, headband tracker and leg tracker straps on Amazon.

For those who don’t have an HTC Vive headset, there are other options like Xsens motion tracking. A supplier of 3D motion capture products and inertial sensors, Xsens is involved in dozens of research projects: from pedestrian prediction analysis to human-robot interaction research.

Along with touch, vision and motion, sound is another crucial part of virtual environments that contributes to user immersion and their performance in VR. Researchers have been observing the influence of audio manipulations on perceived presence and realism using various sets of equipment: from stereoscopic HMD noise-cancelling headphones and lavalier microphones for recording voice, to 360-degree cameras. Recent studies have shown that spatio-temporal synchronisation of sound with visual information improves the sense of presence in virtual and augmented environments. Some studies have demonstrated that spatial sound was a useful element for searching and navigating through augmented reality environments: the participants of the spatialized sound group performed faster and more efficiently than those working in the no-sound configuration.

Valve Index developers claim that their ear speakers have been optimized for the specific experiential goals of virtual reality: “traditional audio devices are rarely designed with sonic immersion as the primary goal. Personal devices such as earbuds, on-ear, and over-ear headphones are optimised for listening to music and entertainment in places where loudspeakers aren’t appropriate and often power requirements are extremely low.”

With these 5 wearables in mind, applying them might help you gain a new perspective and add depth to your projects. However, convincing VR studies can only be achieved by using both software and hardware innovations simultaneously. Luckily, more and more leading scientists now share their work using immersive technology.

The topic has become so spacious (literally!) that XR events even launched a separate program dedicated to immersive research. This year, during VRdays Europe, researchers will be able to learn about the best ways to use VR in order to enhance innovation. Keep an eye on this kind of events and stay tuned for new articles. We’ll be sharing our experience with VR software that will help you save time on development and achieve unprecedented levels of immersion. 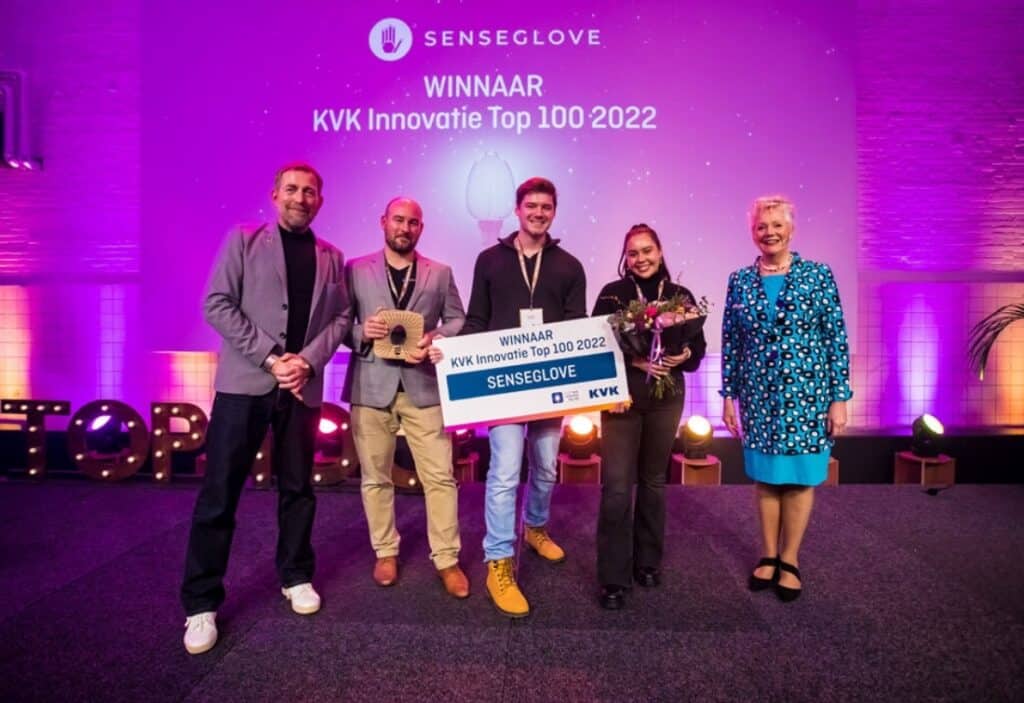 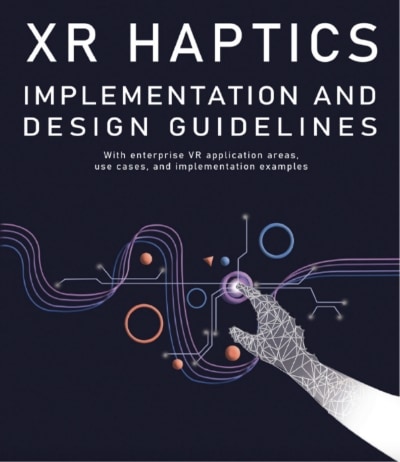 Summarised insights from 14 haptics specialists, taken from the enlightening podcast series "The Haptics Club". An easy read and the perfect introduction to haptics in different industries.

We use cookies to ensure that we give you the best experience on our website. If you continue to use this site we will assume that you are happy with it.AcceptRejectCookie Policy